This book took hold of me and wouldn’t let go! Greenland, AD 1000 More than her fiery hair marks Freydís as the daughter of Erik the Red; her hot temper and fierce pride are as formidable as her Viking father’s. And so, too, is her devotion to the great god Thor, which puts her at […]

Hello, readers! I’m trying something new today. I didn’t finish any books this past week! So instead of a review, I’m sharing a list of some anticipated future reads. I hope you find something that sounds intriguing. Recently Added to My To-Be-Read List: The Lost Book of the Grail by Charlie Lovett Average Goodreads Rating: […]

This was a great year for me and books! What with blogging, joining the Litsy community (@annahenke), and just loving the reading life, I’m perfectly content. I read over 120 books in 2016. It’s customary in the blogosphere to do some sort of “Best of” list, and I’m excited to share mine with you. Here’s […]

Here’s a look at the fiction I’ve finished lately! Book Five in the Wilderness Series Format: Audiobook Recommended to fans of Outlander, the Wilderness series is a sweeping historical romance and multigenerational family saga that begins in 1792 and carries on for decades after. The fourth book, Queen of Swords, opens in 1814 and is […]

Riveting, brutal, and deeply powerful, The Bones of Paradise by Jonis Agee is the story of two families—one Lakota, one white—and the tragedy that links them. This book is a masterpiece with a plot that’s as winding as Agee’s lyrical sentences. The story begins with two murders. The first victim is Star, a Lakota woman […]

I found this historical novel—which will especially appeal to fans of Arthurian legends—both accessible and captivating. I couldn’t put it down! A medieval Anglo-Saxon tale set in the late 500s, this is the story of a young Welsh princess born into a cruel world of scheming kings. Branwen is an only child, so the fate […] 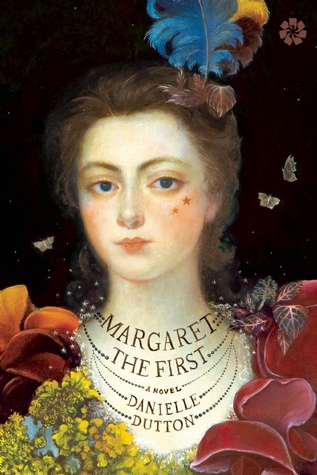 July was a great month for reading—partly because it was too hot to do anything else! I participated in the #24in48 readathon weekend, so I finished a lot more books than usual. I didn’t get close to 24 hours of reading done in 48 hours, but it was time well spent. I read 14 books […]

Starting a new series is exciting but also daunting. When you pick up a series that’s been going for a while, it’s a big commitment – especially for someone like me who HAS to start with book one. Then there’s the catching up. Now, if the series it’s good, that’s obviously a great thing. You’ve […] 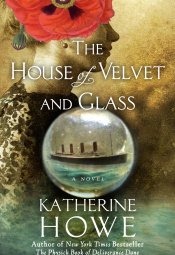 I am a COMPLETE sucker for all things Titanic. I’ve had a fascination/borderline obsession with Titanic ever since I read the Dear America book Voyage on the Great Titanic: The Diary of Margaret Ann Brady in the fourth grade. It’s the classic tale of a middle-class girl, hired on as a maid by a first class passenger . . […]